In 1981, the first 25 tonne floating crane made its appearance, and signalled the arrival of the third generation. This included the special independent cab arm feature for enhanced control and user-friendliness. In addition, the crane offered greater stability and state-of-the-art technology. Over the years, Ovet has operated four third generation floating cranes, and only three of these are still in service. The fourth generation has now come along in the form of floating crane 11. In order to be able to keep up with new developments in terms of vessel size and to increase productivity, Ovet decided to replace its floating crane 7 (25 tonnes) with a new 36 tonne floating crane. In the design of this floating crane, particular attention has been paid to the pontoon and the hauling winches. For example, all the equipment is now stored on deck, and the hauling winches, which are equipped with a central lubrication system, are conveniently positioned to the front of the pontoon. The fender chains are connected to the pontoon by a track system mounted on the side. Finally, the company has also opted for a central air conditioning system for the cab, which includes temperature control.

The new 36 tonne floating crane is state-of-the-art and offers greater stability and improved efficiency. The crane cab is equipped with a glass-bottomed floor instead of a viewing port, and the crane is also fitted with a lift. Members from the whole organisation have taken part in study groups in order to work on the whole project of this new floating crane. They have made a great contribution to the design of the floating crane and the pontoon. As a result, the entire organisation has been involved in the design of this floating crane, and everyone is therefore immensely proud of it. 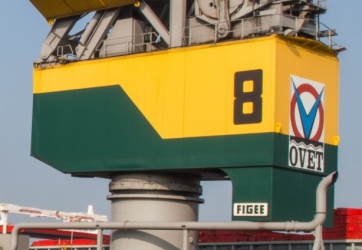 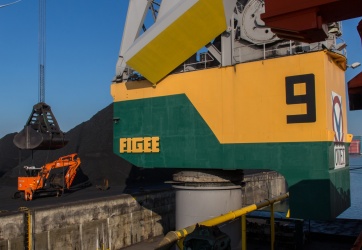 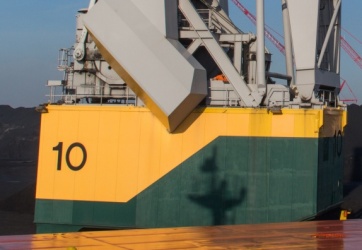 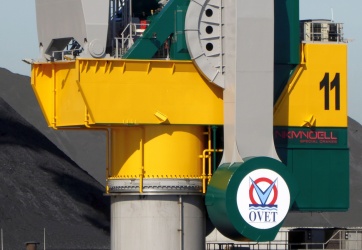