ISPS Code: the standard for security

This means companies with a terminal or a loading and unloading quay, must prepare a security plan based on a risk analysis. The security system needs to be accurately described, employees need to be trained and each terminal needs to have an appointed safety officer. All these agreements have been recorded in the so-called PFSP (Port Facility Security Plan). A team of experts from the police, customs and Zeeland Seaports assesses the plan. After that, it is presented to the mayor of the concerned port municipality for approval. OVET has an approved safety plan for both its terminals.

Dear visitor, it is no longer possible to pre-register. You can register at the booth at your entry. 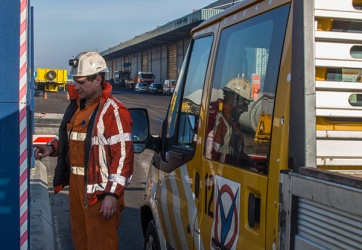